Review: The Cabin by Natasha Preston 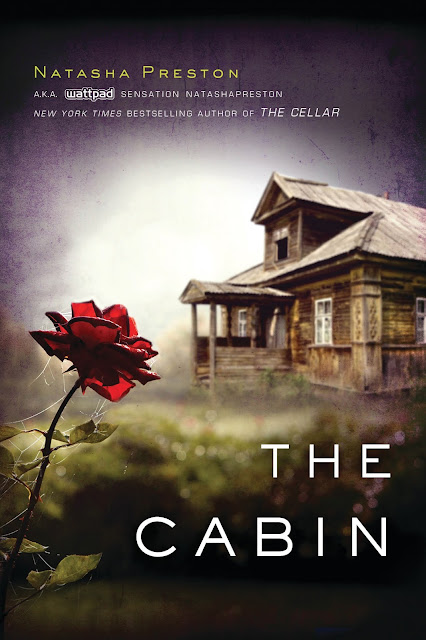 
There may only be one killer, but no one is innocent in this new thriller from Natasha Preston, author of The Cellar and Awake.

When Mackenzie treks to a secluded cabin in the woods with six friends, she expects a fun weekend of partying, drinking, and hookups. But when they wake to find two of their own dead and covered in blood, it's clear there's a killer among them.

As the police try to unravel the case, Mackenzie launches her own investigation. Before long secrets start to emerge, revealing a sinister web of sins among the original seven friends. The killer is still free. Every one of them is a suspect. And Mackenzie starts to realize that no one is innocent…

What would you do if you went away with some friends and two of them ended up murdered? The doors are locked and there's no sign of forced entry. Would you maintain that trust in the friends that survived, or would you suspect them?

I kept asking myself this for the most part of the story. I honestly wanted to give each character the benefit of the doubt and consider the fact that maybe someone else with a key came in while they were all wiped out from drinking and killed their friends. I even went as far as to suspect Blake's mother. She was a strange one. But the more I got to uncover about each "friend", the more I realize that none of them were innocent, as indicated in the blurb. They all had a reason, but the question was, which had it in them to actually commit murder.

The Cabin started out pretty interesting and I liked how it was a murder mystery involving friends; the fact that it tested friendships and how well you thought you knew someone. However, I did have some issues throughout. One of the major things that threw me was Blake's personality. I get that some people have different ways of dealing with grief and other hurtful things in their lives, but I found his behavior and the things he'd say a tad inappropriate in various scenes. Mackenzie got caught up in it at times too, and one scene in particular that turned me off was the way they were acting when another murder occurred. They were basically flirting with each other right after getting the terrible news and it just didn't seem... realistic. I mean, who thinks about sex or makes jokes after hearing about a murder? That didn't make any sense to me. And that happened a lot throughout the book, which is the main reason why the story fell short for me. When it comes to this genre, I like a more serious, dark, and suspenseful theme with a little bit of light outside of serious moments, but instead it seemed like this one was mostly straddling the edge of humor.

The ending was also crazy and even though I'd suspected that friend was the killer, I never anticipated it would play out in such a way. Overall, interesting plot and nice writing. And I am curious as to what will happen in the next book because surely there will be a follow-up after that cliffhanger.

About the Author
UK native Natasha Preston grew up in small villages and towns. She discovered her love of writing when she shared a story online—and hasn’t looked back since. She enjoys writing romance, thrillers, gritty YA, and the occasional serial killer.

Posted by Shane @ItchingforBooks at 12:16 PM