Review: It Happens All the Time by Amy Hatvany 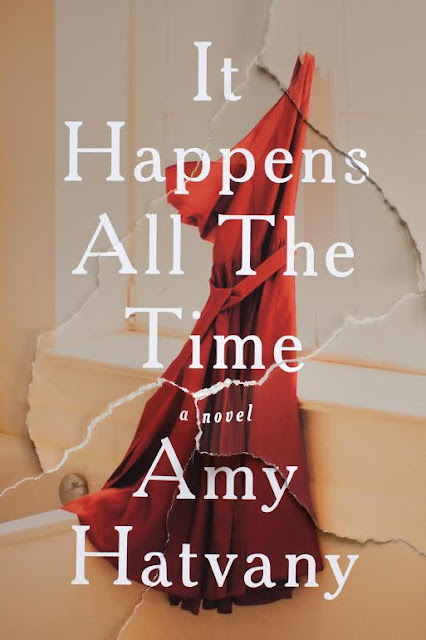 From master storyteller Amy Hatvany—whose writing has been hailed as “gripping and emotionally honest” (Stephanie Evanovich, New York Times betselling author)—comes a provocative and compelling novel about two friends whose lives are changed by a drunken kiss.

I want to rewind the clock, take back the night when the world shattered. I want to erase everything that went wrong.

Amber Bryant and Tyler Hicks have been best friends since they were teenagers—trusting and depending on each other through some of the darkest periods of their young lives. And while Amber has always felt that their relationship is strictly platonic, Tyler has long harbored the secret desire that they might one day become more than friends.

Returning home for the summer after her college graduation, Amber begins spending more time with Tyler than she has in years. Despite the fact that Amber is engaged to her college sweetheart, a flirtation begins to grow between them. One night, fueled by alcohol and concerns about whether she’s getting married too young, Amber kisses Tyler.

What happens next will change them forever.

In alternating points of view, It Happens All the Time examines the complexity of sexual dynamics between men and women and offers an incisive exploration of gender roles, expectations, and the ever-timely issue of consent.

Gripping, indeed. One message that stuck out the most is that it didn't matter if you knew the person and trusted them. Sometimes they were the same ones to turn around and hurt you. It Happens All the Time can attest to that and so much more.

I loved how the author gave us the chance to look into each character's life and understand who they were as people. A lot happened to both Amber and Tyler, and it was nice seeing how they bonded as children and grew up together as best friends. There were hints every so often that Tyler was nearing the point of doing something horrific. He had a miserable excuse of a father and his mother was a whole nother situation. Coming from such a family and seeing how his father treated women, one could only expect Tyler to do the same. No matter how sweet he came off and did his best to not turn out like his father, the seed was already planted and the fact that he never got counseling was a huge mistake.

Amber, on the other hand, had image issues throughout her life. And Tyler had helped her deal with that greatly, so when he ended up hurting her in such a way, my heart broke right along with Amber's. Everything they'd shared--years of friendship--had disappeared in one night. And what pissed me off, even more, was the fact that Tyler wouldn't even fess up, and even had the audacity to blame Amber. She literally had to shoot it out of him, which is the reason why I gave the book 4 stars. I hated that Amber took that route and had to hope Tyler would cover for her afterward. That just sucked to me, and I wish he would have talked about his problems sooner and gotten the help he needed so it would never have gotten to that point.

Still, I'm happy with the way the story ended. Not many assault victims are granted the same sense of justice. I've read that the stats are pretty low in that regard and how victims are often blamed and shamed by society, so it makes coming forward even more difficult. That's really sad. I just hope things will change in the near future and that more and more, boys will be taught from early how to respect women and understand that no means no, no buts about it. Thank you for your wonderful story, Amy. 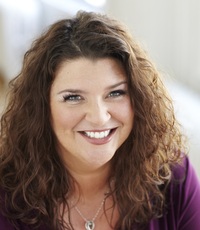 Amy Hatvany is the author of Best Kept Secret, Outside the Lines, The Language of Sisters, Heart Like Mine, and Safe with Me. She lives in Seattle, Washington, with her family. Amy graduated with a degree in Sociology only to discover most sociologists are unemployed. Soon followed a variety of jobs – some of which she loved, like decorating wedding cakes; others which she merely tolerated, like receptionist. Her background in sociology inspires and informs much of her writing as she tackles timely and controversial issues in her novels including mental illness, domestic abuse, and alcoholism. When Amy’s not with friends or family, she is most likely reading, cooking, or zoning out on certain reality television shows.