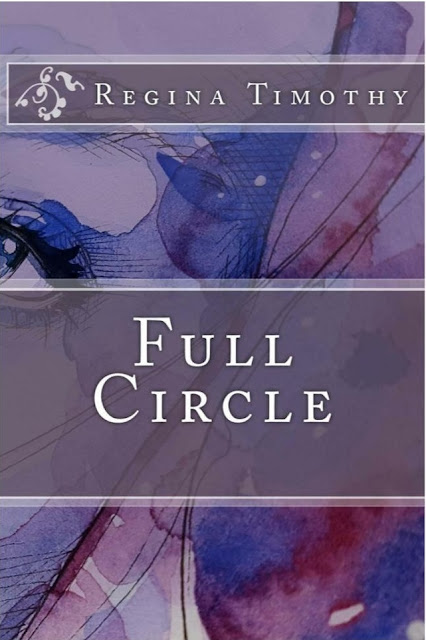 Eight years after the 9/11 attacks, Samia-Al-Sayyid an Iraqi immigrant is living a quiet life in New York City after she fled her home to avoid imminent death.

She works hard for her cold, heartless, high-strung boss, loves her seventeen-years-old-son, and cherishes the close friendship she has formed with her best friend Susan.

Nothing can go wrong, or so she thinks – until the estranged brother she left back in Iraqi shows up on her door step. Then she finds herself in a cab, on her way to the hospital to identify her son, a terror suspect who has blown the city, and with it her boss’ husband, and her best friend’s son. With everything lost, she is forced to flee to Iraq where she confronts her past. Will she make peace with her past? Can she get forgiveness for all the damage she has caused?


Full Circle is a contemporary fiction tale of friendship, family, and hope. It explores the devastation of loss, the great capacity to forgive and the lengths our loved ones will go to protect us.

First of all, let me say I’m greatly honored and humbled to be here – thank you so much, Shane. I welcome the opportunity to chat about my debut book Full Circle, a  contemporary fiction tale of friendship, family, and hope.

My name is Regina and I grew up in Kenya. Growing up, I enjoyed writing assignments at school and was encouraged by a teacher to polish my skill. Instead, I ended up studying engineering and worked in the field for a while. I’ve always enjoyed writing essays and poetry but I never pursued it much until a few of years ago when I began writing Full Circle.

A great source of writing inspiration for me is what I observe around me. People, events, and sometimes things get me thinking. The War in the Middle East has been with us for almost two decades now, and there is no clear solution on the horizon. A lot has been written about the direct and indirect effect this situation has on the everyday women. I liked the idea of adding a new voice to these stories.

The story follows the main character Samia-al-Sayyid, a 33-year-old Iraqi immigrant living in the U.S. She overcomes a lot and works so hard to make a good life for her teenage son. In the end, it seems all her all her efforts are not enough. When I began writing the book, I wanted it to be about three different women living in three different continents and influenced by different cultures and beliefs. The idea was to bring the three women together later in the book and have them discover that despite their circumstances, they face the same trials imposed by society.

Samia was the first character I came up with. The more I wrote about her the more her story became complex and I felt she needed a lot more space than a few chapters to tell her story. So I decided to dedicate the entire book to her and follow her journey. I brought in Melisa and Susan, to help Samia tell her story and bring out the original idea of the book that despite their different circumstances, they faced the same demons.

It was especially important to me for the story to revolve around Samia and touch on her Middle Eastern background. There have been a lot of calls for diversity in the books being published. This is because research has shown there’s been a glaring lack of diversity in writers and the books being published in mainstream fiction. #WeNeedDiverseBooks and #WeNeedDiverseWriters campaigns have been running for a few years to call attention to the lack of diversity when it comes to the book characters and the writers who tell the stories. I felt Full Circle will play a small role in bringing diversity into our reading world.

Regina lives in a picturesque village in Kenya where she enjoys amazing landscapes, exotic wildlife, and beautiful sunsets and sunrises. She always had active imagination. By chance, she started blogging in 2010, which rekindled her love for writing and telling stories. When not writing she enjoys watching classic movies (she’s a movie buff), going to the theater and auto shows.