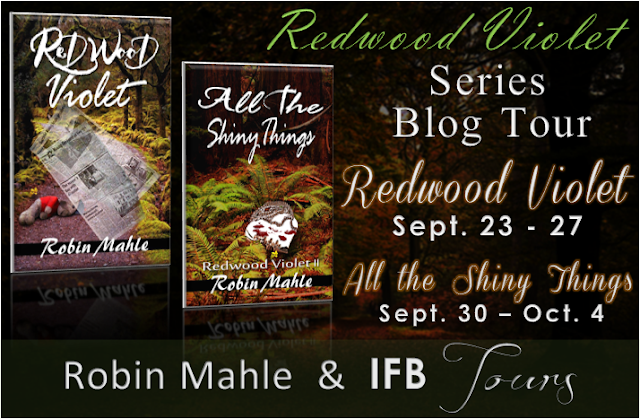 Katie Reid is living the quintessential Southern California life. A dream job and her college sweetheart, Spencer top it all off. However, she can't seem to shake the terrible dreams that have been tormenting her nights these past few months. After seeking help to find relief from the exhausting effects of these dreams, it becomes apparent that Katie is dealing with something much deeper and much more sinister. Her only solution is to delve into a past that no one wants her to remember. With the horrific discovery of a dark secret kept hidden for years, Katie is drawn into a world mired in evil and lost innocence. And only with the help of Detective Marshall Avery will she be able to channel her pain and anger. But, will he be able to contain Katie's desire for vengeance that has begun to unravel her perfect life? The first in a two-part series, REDWOOD VIOLET, a fast-paced, mystery/suspense novel, will keep you up long past your bedtime!

Synopsis via Goodreads:
The endless nightmare has been brought to life and it's too late to turn back, but Katie and Marshall are no longer fighting the battle alone. In this second installment of the Redwood Violet series, the last piece in this horrifying puzzle has been revealed and the case grows beyond what they could have imagined. Now the FBI wants in.

Katie enters into a dangerous game of cat and mouse with the man who taunts the authorities at every turn.

Soon, an unexpected alliance forms as she takes matters into her own hands.

But Marshall knows she's risking too much and sides with the FBI. Now the authorities have precious little time to find the killer before he takes another life. Who will it be this time?

Bestselling Author, Robin Mahle, lives with her husband and two children in Arizona. Robin found her passion for writing, which later became her second career, after spending nearly 20 years in the construction industry.

Having always been a lover of books, Robin attributes her creativity to the wonderful overseas adventures she has shared with her husband of 14 years. Backpacking (or certainly close to it), throughout Europe and having lived in England, opened her mind and with that came a steady stream of story ideas inspired by her author- idols in the thriller/suspense genre.

Through many late nights and weekends locked away in a room, Robin published her debut psychological suspense novel, Redwood Violet in the Spring of 2013. Intended as a two-part series, Robin is hard at work again writing the sequel, All the Shiny Things and is on schedule for a September 2013 release!

NOTE: Please do not post any negative reviews below 3 stars that is hurtful to the author and affects the promotional aspect of the tour. Consider posting the blurb & giveaway instead of send me an email if you'd like to drop out of the tour. Thank you for understanding.

Sept. 26 - Once Upon a YA Book *Guest Post
Nazish Reads *Blurb & Excerpt

Part Two - All the Shiny Things

Oct. 1 - Reading in Twilight *Interview
Once Upon a YA Book *Review & Excerpt (blogger's choice)

Posted by Shane @ItchingforBooks at 10:33 AM